Fr Back to site

Adapting to a constantly evolving industry

Dave Delhotal farm with his dad in Northern Illinois. They are in Lee County and they run about 3 500 acres of corns and soybeans. Find out why they chose to install a track system on their planter.

Dave is aware that agriculture is an always-changing industry. In addition to all the daily operations, his primary responsibility is with research and development, finding new ways that they can stay at the cutting edge of technology. Dave and his dad run a very strict controlled traffic system, so managing soil compaction is very important to them. The Delhotals installed the S-TECH 012P track system on the first bulk fill planter they ever purchased. It was a no brainer for them to purchase a Soucy track system to manage compaction. The biggest issue with a bulk fill planter is the tremendous amount of weight that is on the centre section that can cause pinch row compaction.

Several years ago, when they first started controlled traffic farming, they started doing a lot of studies on pinch row compaction. "We found out that they cost us between 5 and 10 bushels per acre in lost yield,” said Dave. The biggest thing with Soucy track system is that it helps those pinch rows and eliminate any yield rubbing compaction that comes along with them. One of the biggest differences that they have seen having tracks on their planter compared to tires is how much smoother the planter rides throughout the field and on the headland where they are turning around. In addition, they can float through some of the wet pockets they have on some of their farm. 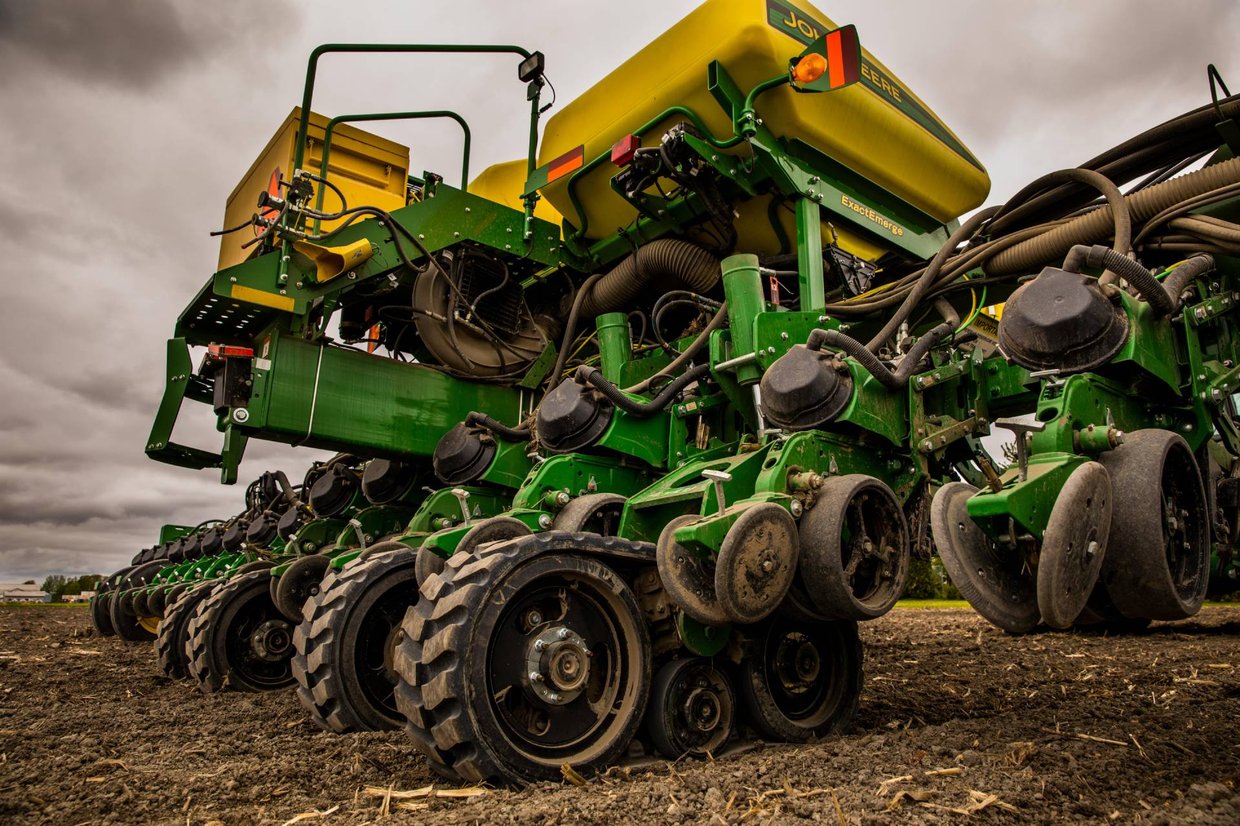 When it was time to install the track system, Dave says he had no trouble. While the recommended installation time was 2 hours, Dave and his father easily installed it in just 45 minutes. They also received some update kits that allowed them to update the track system even though they hadn't experienced any problems. For them, this means how proactive Soucy is in ensuring the quality of its products.

"Thanks to Soucy's track system, we haven't had any downtime during the last two seasons and I recommend them to anyone who wants tracks on their planter."
Back to the list
Testimonials S-TECH 012P Compaction Controlled farming
Share this article :
Facebook Twitter Linkedin Email
Discover our
track systems
See our products
Discover
Soucy's expertise
Visit the group website